Dental Science in a New Age: A History of the National Institute of Dental Research

The creation of NIDR was part of the rise of dentistry and dental science that continued from ancient times through the twentieth century. Congressional support for creating NIDR, however, arose out of concerns about World War II manpower difficulties exacerbated by poor dental health in the United States.

The new Institute arose from a small NIH dental research section headed by Dr. H. Trendley Dean, the first dental scientist in NIH and the first NIDR director. The work of Dean’s unit suggested that fluoridation of public drinking water supplies could reduce tooth decay in schoolchildren who used fluoridated water since birth. NIDR continued and expanded the program established under its predecessor.

After only a few years of operations NIDR demonstrated the importance of dental research for improving dental health. The outcome of the Institute’s fluoridation studies at Grand Rapids, Michigan, showed the effectiveness of fluoridation, the most important dental public health measure of the twentieth century. Opponents of fluoridation claimed that fluoride was associated with numerous diseases, including cancer. Finally in 1991, after a lengthy multiagency investigation into the latest charges, the Public Health Service reported no evidence of a link to cancer and upheld the NIDR’s view of the value of fluoridation. From it’s inception, the NIDR has worked to shed light on the causes and nature of such complex diseases as dental caries, herpes simplex virus type 1, and periodontal diseases and led to the development of means to deal with these oral ailments.

This history deals with the scientific, political, and institutional aspects of these events. Dental Science in a New Age concludes by assessing the international and national impact of the NIDR on dental research and health in the twentieth century. 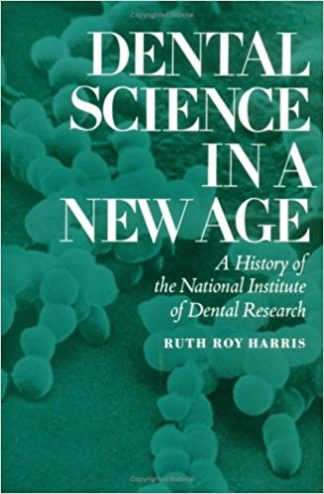 You're viewing: Dental Science in a New Age: A History of the National Institute of Dental Research
Buy at Amazon