Teeth: The Story of Beauty, Inequality, and the Struggle for Oral Health in America

“[Teeth is]… more than an exploration of a two-tiered system—it is a call for sweeping, radical change.”—New York Times Book Review“Show me your teeth,” the great naturalist Georges Cuvier is credited with saying, “and I will tell you who you are.” In this shattering new work, veteran health journalist Mary Otto looks inside America’s mouth, revealing unsettling truths about our unequal society.Teeth takes readers on a disturbing journey into America’s silent epidemic of oral disease, exposing the hidden connections between tooth decay and stunted job prospects, low educational achievement, social mobility, and the troubling state of our public health. Otto’s subjects include the pioneering dentist who made Shirley Temple and Judy Garland’s teeth sparkle on the silver screen and helped create the all-American image of “pearly whites”; Deamonte Driver, the young Maryland boy whose tragic death from an abscessed tooth sparked congressional hearings; and a marketing guru who offers advice to dentists on how to push new and expensive treatments and how to keep Medicaid patients at bay.In one of its most disturbing findings, Teeth reveals that toothaches are not an occasional inconvenience, but rather a chronic reality for millions of people, including disproportionate numbers of the elderly and people of color. Many people, Otto reveals, resort to prayer to counteract the uniquely devastating effects of dental pain.Otto also goes back in time to understand the roots of our predicament in the history of dentistry, showing how it became separated from mainstream medicine, despite a century of growing evidence that oral health and general bodily health are closely related.Muckraking and paradigm-shifting, Teeth exposes for the first time the extent and meaning of our oral health crisis. It joins the small shelf of books that change the way we view society and ourselves—and will spark an urgent conversation about why our teeth matter. 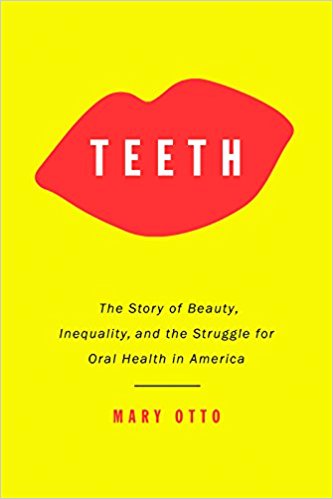 You're viewing: Teeth: The Story of Beauty, Inequality, and the Struggle for Oral Health in America
Buy at Amazon